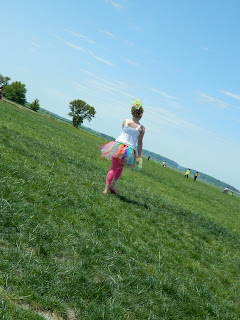 On May 25th, my Princess turned eight.  We celebrated from the time I woke her up singing "Happy Birthday" (a tradition) until her and her cousin finally fell asleep late that night. 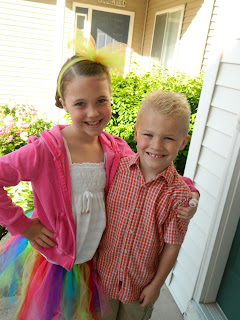 On the very same day, both of the kids went and finished up their last day of school.  Upon Landon's request, they both carried in flowers for their teachers as their way of saying "thank you". 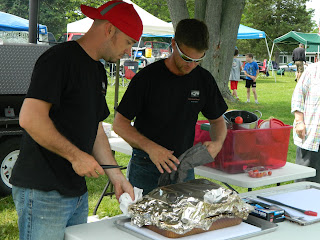 That weekend, Dan helped his brother in a cook off competition.  Last year I was working, so it was nice to be able to make it this year. 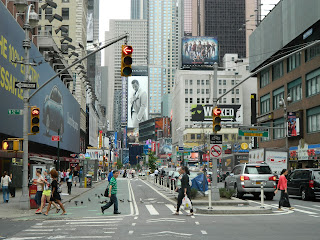 On June 1st, I flew to New York City and spent the day with a friend from high school.  It was my first time in the city and I had a blast sight seeing. 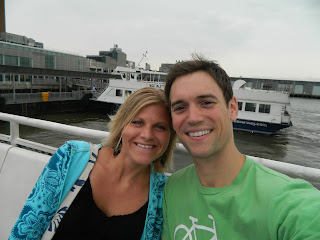 My friend of 15 years and I on our way to New Jersey on the ferry.  He was a great tour guide and I enjoyed the full day we had together. 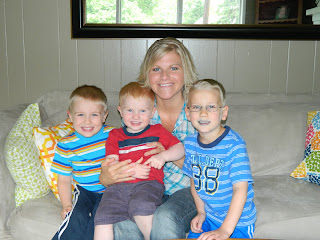 Next, I headed over and stayed the rest of the time with my sister and her family in New York.  It was the first time I had ever visited her...and she had just had her 4th little guy.  On Sunday, my brother, his wife, and my neice drove up from PA and we were all able to spend the day together.  It was such a wonderful trip...the only thing missing was my little family. 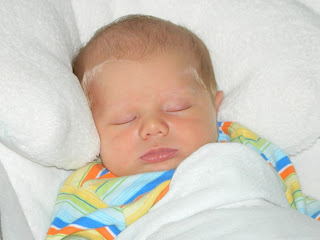 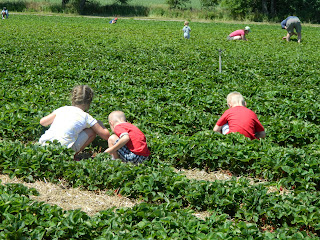 On June 7th, I took the kids strawberry picking for the very first time.  The kids enjoyed each having their own little basket to fill. 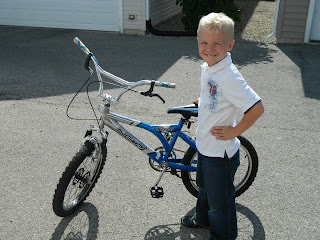 The very next day, we found Landon a new bike on craigslist.  He was thrilled!  His old bike (that he's had since his third birthday) was passed down to Collin and everyone was happy. 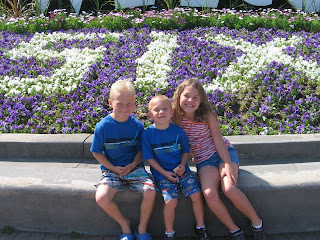 During the school year, both Kaitlyn and Landon earned a ticket to Six Flags.  For the second year in a row, I was given a season pass by Dan's parents.  So, on June 14th, we spent the day at Six Flags for free.  It was Landon and Collin's first time.  They aren't as daring as Kaitlyn...so she went back again with Dan's Mom a week later and rode the coasters and faced her fears and went on the Giant Drop.

Those are a few bits and pieces from the past month and a half.  The summer is flying by too fast.  I can't believe that July is right around the corner!

little somethin by Beth at 4:48 PM 0 things to add