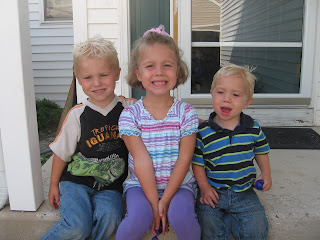 I tried to get a nice picture before we left, but the sun was too bright and Collin was screaming because he saw a few bees in the bushes.

It would be nice to get away, but it's just not possible. So spontaneously, last night, we packed up the kids and headed over to a mini golf place nearby. It was our first time mini golfing as a family. It was the perfect time to go with three little ones because we had the whole place to ourselves. We had a good time and the kids were free! 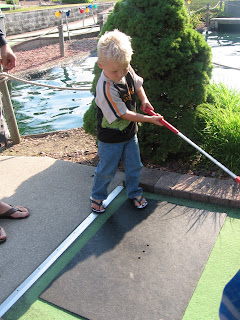 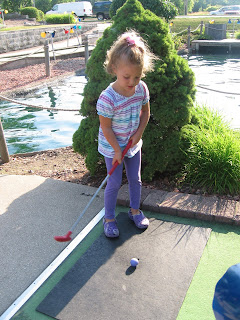 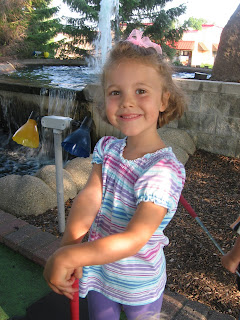 My princess posing. She was a cautious player. She was more into looking at the scenery than playing. At one point, she was playing her club as a guitar and rocking out while the rest of us were mini golfing. 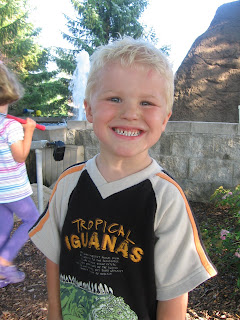 Landon picked it up right away and actually got a hole in one! He is a natural, but gets a little carried away and plenty of his balls ended up off the course. I think Dan is going to have a golfing buddy soon. 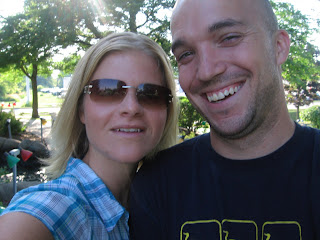 I like this picture. Not the look I have on my face but because Dan looks so incredibly happy. He's messing with me in the picture. 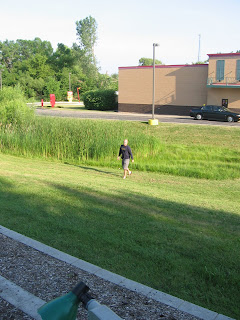 Dan retrieving one of Landon's balls...oops! 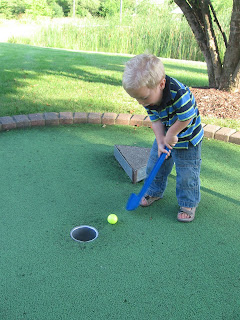 Collin was getting in to it toward the end. He did well for not even being two yet. He would set it up next to the hole, putt it in, and then jump up and down and cheer for himself. 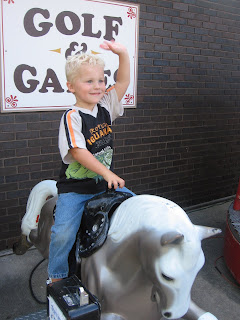 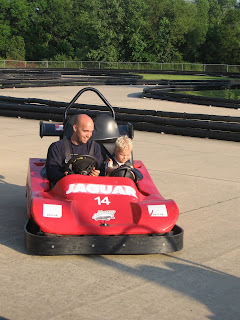 Dan took Landon on his first go kart ride. He was too little (9 months old) when we did them in Gatlinburg. After he got off, he informed me that he thought he could drive the big car now. Uh-oh! 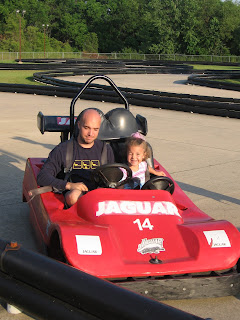 Kaitlyn took her second ride. Her first was just after she had turned two when we were in Gatlinburg. She loves them. Dan said that the whole time she was just cracking up laughing. This girl has the need for speed.

We topped off the night with a trip to Dairy Queen where Kaitlyn spooned the ice cream out of her cone, Landon took a few sips of his icee and decided Dan's looked better, and Collin ate the paper off of his cone without it even phasing him. I sat and took it all in, thankful for the time we were able to go out and have fun together. We are blessed.

little somethin by Beth at 5:46 AM

What a neat time!! Josh said he saw you all at dq yesturday, and we were wondering what you all had been up to! How FUN! :0)

What a great family fun night? Are the kids always free? Just free if they're under a certain age? {I'm guessing from the pictures, this was at G & G in Wdstk?} You had some really nice weather for it too!